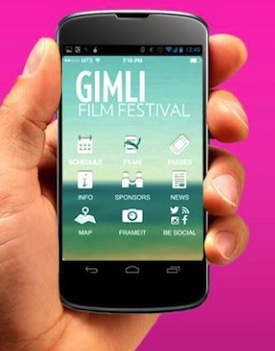 Film buffs to this year’s Gimli Film Festival have access to a new smartphone app packed with information to keep them in-the-know.

The new app includes a schedule of films, festival news, maps to venues and social integrations.

This year’s film schedule will be released June 25 at a news conference in Winnipeg and will include a Manitoba Short Film series, Canadian films, an Icelandic film series, a circumpolar series, a social justice film series, others.

There are more than 100 indoor screenings, plus the popular beach screenings on the shores of Lake Winnipeg.

The free app is available for download through the iTunes store or Google Play by searching “Gimli Film Festival.” Those who download the app before July 1 can be entered to win a 2015 season pass.