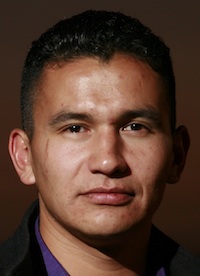 Winnipeg Mayor Brian Bowman has created an Indigenous Advisory Circle to build awareness and connections with the aboriginal and non-aboriginal community.

The circle will be chaired by Wab Kinew, a former CBC broadcaster and current associate vice-president for Indigenous Relations at the University of Winnipeg.

“”I’m looking forward to working with the mayor to advance the project of reconciliation,” Kinew said. “I look forward to ushering in an era when First Nations, Métis and Inuit cultures are celebrated by all Winnipeggers.”

Bowman says the circle is a way to create unity and equality, while working to build a stronger Winnipeg.

The circle will hold meetings quarterly, with the first scheduled for Thursday, September 17. This date will be day one of two for the anti-racism summit hosted at, and in partnership with, the Canadian Museum for Human Rights.