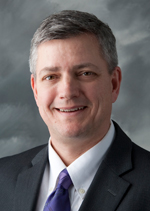 The CEO of Manitoba Hydro has been on the job just over three years, but will be stepping down at the end of the summer.

Scott Thomson is leaving to pursue a senior executive position in the private sector and will depart from his role as Hydro’s president and CEO effective September 22.

“While I will miss my work with Manitoba Hydro and the good friends I have made throughout the province, my new position will be located in Vancouver, which provides the opportunity to reunite with my family on a full-time basis,” Thomson said in a statement.

Having joined Hydro in February 2012, Thomson will assist the Board of Directors in the transition of leadership throughout the summer.