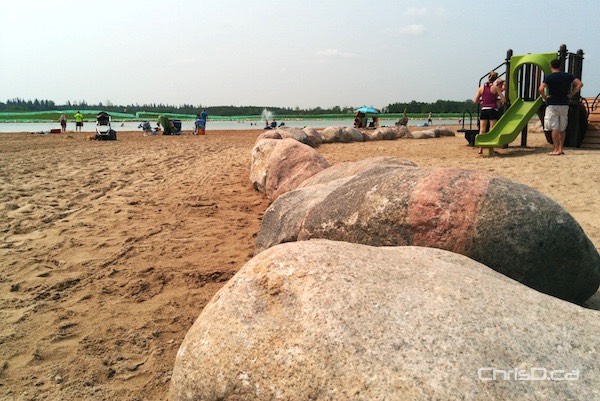 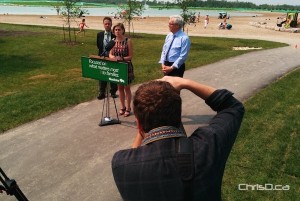 A number of improvements to Birds Hill Provincial Park have been completed and more are on the way.

The size of the park’s beach has been increased by 50 percent just ahead of the Winnipeg Folk Festival, which begins July 9.

“Investing in our parks is important for our health, well-being and enjoyment of nature, and of course, crucial to the experience of tens of thousands of people who join us each year at the (Winnipeg) Folk Festival,” said Lynne Skromeda, executive director of the festival.

The province has removed concrete barriers between the three existing beaches, improved walking paths from the east and west parking lots to the lake.

Other upgrades include adding trees, volleyball courts, a playground and new furniture. Water quality has also been improved by the removal of vegetation on the lake bottom. Swimmers will notice increased space with 15,000 square metres added to the lake.

Folk Festival revellers will see improved amenities such as electrical and lighting upgrades and new shade structures for campers in the festival campground (Group Use 2).

The Manitoba government is also committing $4.8 million over the next four years for future projects including improvements to the campground, the west gate, and water and waste-water systems.