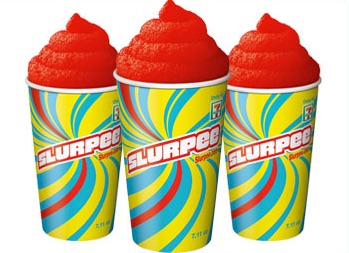 WINNIPEG — Manitoba has been crowned the Slurpee Capital of the World — again!

7-Eleven has designated the province with the honour for the 16th straight year. And to celebrate, the convenience store chain is handing out free Slurpees next Saturday, July 11. Winnipeggers can get their hands on the courtesy Slurpees at all stores between 11 a.m. and 7 p.m.

An attempt to create the world’s largest Slurpee will be made this year to mark 7-Eleven’s 46th birthday. A 711 litre Slurpee cup will be filled at the location at 119 Salter Street beginning at 11 a.m.

“We wanted to do something bigger and better than ever before and you can’t get much bigger than creating the world’s largest Slurpee,” said Raj Kapoor, vice-president and general manager, 7-Eleven Canada. “Equally, we’re giving away nearly ¾ million Slurpee drinks across Canada celebrating 7-Eleven’s birthday – it’s going to be some party.”