The Toronto 2015 Pan Am/Parapan Am Games at a Glance 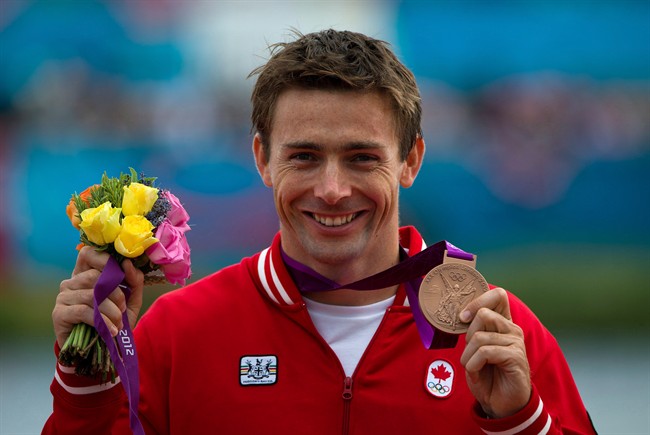 Canada’s Mark Oldershaw celebrates bronze in the men’s 1000-metre canoe single (C1) final at Eton Dorney during the 2012 Summer Olympics in Dorney, England on Friday, August 8, 2012. Veteran paddler Oldershaw will lead the Canadian team into the opening ceremonies at the Pan American Games in Toronto later this month. (THE CANADIAN PRESS/Sean Kilpatrick)

(NC) — This summer Canada will be the centre of elite international athletic competition when more than 7,000 athletes from across the Americas and Caribbean will put their years of intense training, perseverance and sacrifice to the test. Athletes will compete against world-class competition in 36 Pan Am sports and 15 Parapan Am sports at the Toronto 2015 Pan Am/Parapan Am Games.

Here are some fun facts about the games:

What? The PanAm and Parapan Am Games games are the third most important multi-sport games in the world, surpassed only in size and scope by the Olympic Summer Games and the Asian Games. It’s the largest multi-sport event ever hosted in Canada.

History? The first Pan Am Games took place in Buenos Aires in 1951; Canada previously hosted the games in Winnipeg, Manitoba in 1967 and 1999.

Where? 30 venues located in 16 municipalities across southern Ontario.

Interesting facts about the Athletes Village:

The newly-constructed Pan Am/Parapan Am Athletes’ Village will be located on an 80-acre site next to the Don River in Toronto’s waterfront district.

• The Village will be the home for 10,000 athletes, coaches and team officials.

It will incorporate a full range of conveniences and amenities including:

• The Village Polyclinic which will offer a full range of health care services and professionals.

• Athletes and officials will have access to quality health and wellness products as well, including over the counter medication, multivitamins and sun care provided by atoma, the Official Pharmacy of the Games through its banners Guardian, I.D.A. and The Medicine Shoppe Pharmacy and PROXIM.

After the Games, the Village will become a mixed-use neighbourhood with affordable housing, new condominiums, a YMCA and a dormitory for George Brown College students. For more information on the Games and some of the top athletes competing this year, visit www.teamatoma.ca.