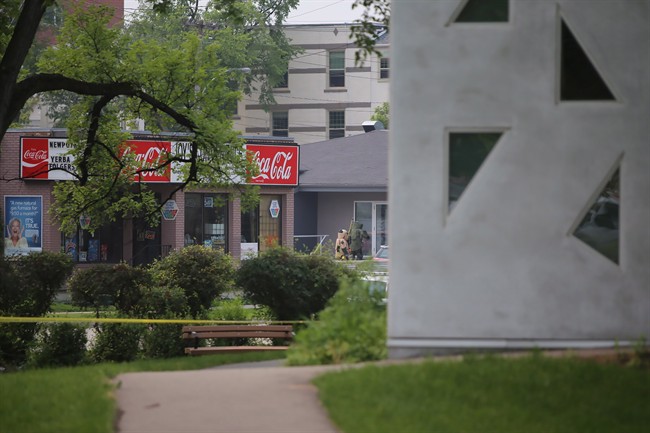 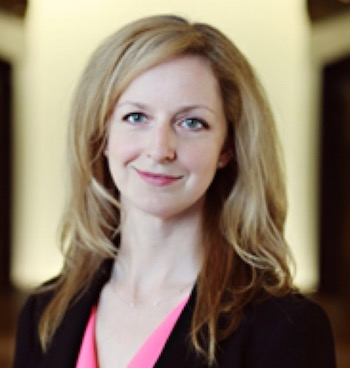 WINNIPEG — One woman was sent to hospital Friday after an explosion at 252 River Avenue.

Emergency crews responded at around 10:30 a.m. to the Petersen King law offices.

Const. Eric Hofley says the woman, who has been identified as Maria Mitousis, 35, triggered the explosive device inadvertently and the injuries were to her upper body.

“I am unaware of her condition at this point, but I can acknowledge the seriousness of her injuries,” Hofley said.

Investigators did not know how the device ended up at the law firm, which several websites suggested specializes in family law. 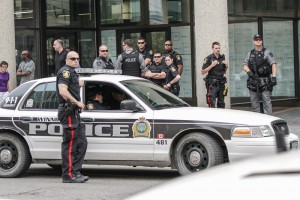 Winnipeg police standby outside 444 St. Mary Avenue on Friday, July 3, 2015 after a suspicious envelope was sent to a law firm following an explosion at another firm. (HOWARD WONG / FOR CHRISD.CA)

“I am not sure how this device came to be in her possession, whether it was mailed or dropped off or something like that,” Hofley said.

“At this point, it certainly does appear that however it came into her possession, it was an explosive device that was triggered inadvertently by this woman.”

One source says the 35-year-old woman lost a hand in the blast and was in danger of losing the other one.

Other sources say Mitousis was in a common-law relationship with Barry Gorlick, a Winnipeg lawyer who was recently disbarred after he admitted to 15 counts of professional misconduct.

A police tactical team, a bomb unit and a fire hazardous materials crew were on site.

Police evacuated several nearby buildings as they continued with their investigation.

Several blocks away, a downtown office building was cleared hours later due to a precaution. Workers evacuated the law firm Monk Goodwin, where Mitousis previously worked.

Police evacuated three floors at 444 St. Mary Avenue before evacuating the entire building to ensure there were no other similar packages.

The Law Society of Manitoba sent out an alert to members saying to exercise caution when dealing with mail and deliveries.

Mitousis’s profile on the LinkedIn website says she was on the board of the St. Demetrios Greek Orthodox Church for five years. It also says she is a board member of the Hellenic Professional Association of Manitoba, which promotes Greek culture in Manitoba.

Petersen King is described as a boutique family law firm on the Internet. 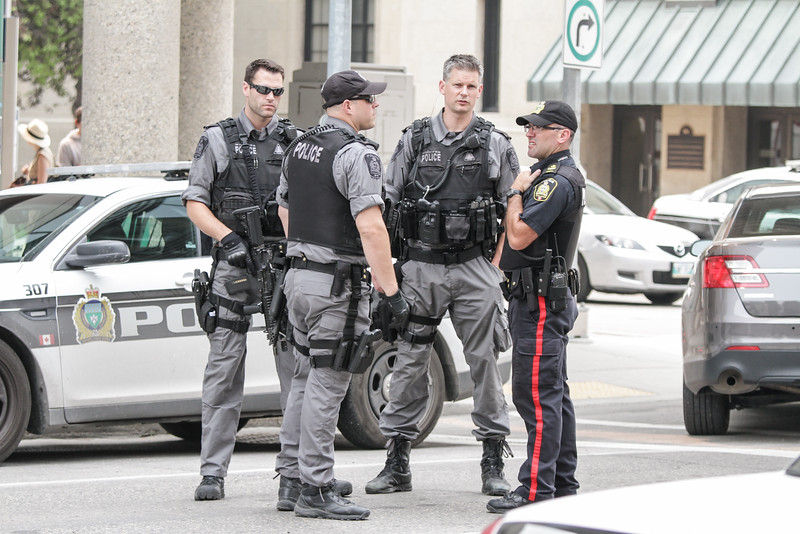