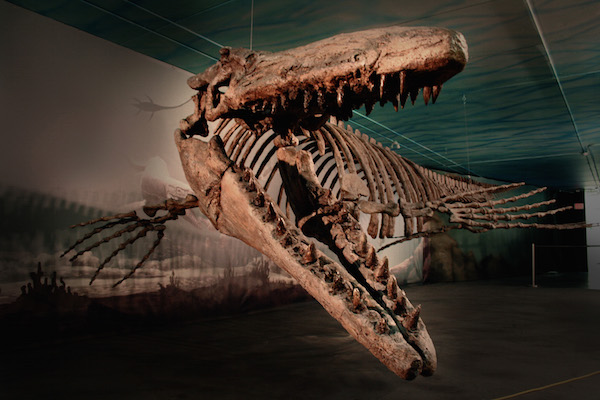 The mosasaur has been designated as Manitoba’s eighth official emblem. ‘Bruce’ is displayed at the Canadian Fossil Discovery Centre in Morden. (HANDOUT)

Manitoba has a new provincial emblem in recognizing the mosasaur, one of which is proudly displayed at the Canadian Fossil Discovery Centre in Morden.

“This designation will have a very positive impact on tourism and education in the province of Manitoba as it highlights our unique history and heritage to the nation and the world,” said CFDC executive director Peter Cantelon.

Bruce was recognized by the Guinness World Records last August as being the largest publicly displayed mosasaur in the world.