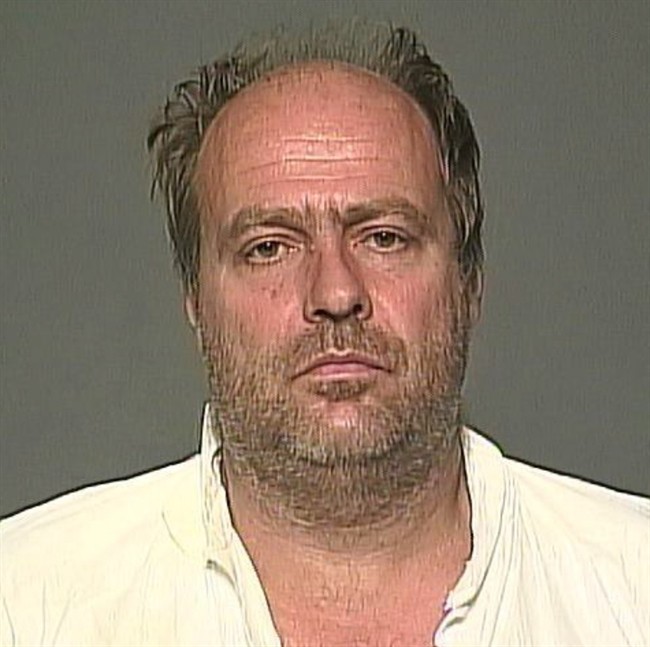 WINNIPEG – On the surface, the man accused of sending letter bombs to two Winnipeg law firms and his ex-wife appeared to be putting his legal troubles behind him in recent months.

Court documents obtained Tuesday show Guido Amsel stopped fighting a lawsuit filed by his ex-wife over $40,000 and agreed to pay her by auctioning off equipment in a sale slated for Saturday.

Instead, the auction has been postponed and Amsel stands accused by police of seeking violent retribution against his former spouse and lawyers involved with the case.

The 49-year-old was charged Sunday with attempted murder and other offences after small voice recorders packed with an explosive compound were sent to his ex-wife Iris Amsel’s workplace as well as two law firms.

Guido Amsel has not entered a plea to the charges and remains in custody pending another court date Thursday.

The first bomb exploded last Friday, causing severe injuries to Maria Mitousis, the 38-year-old lawyer who represented Iris Amsel in the couple’s lengthy divorce and in a lawsuit in which she claimed her former husband owed $40,000 from an auto body shop they had jointly run while married.

The court documents show McEachern cited “a breakdown of the relationship between the law firm Orle Bargen Davidson LLP and Mr. Amsel” when she quit the case. Guido Amsel then represented himself.

The Amsels’ divorce proceedings started in 2004 and has dragged on for more than a decade. Even after the couple’s relationship was formally severed, Guido Amsel accused his wife of siphoning more than $3 million from the auto body business. He had taken full control of it after the divorce, and said he discovered questionable financial transactions.

Guido Amsel also accused his ex-wife of planning to take the couple’s son to Germany and never return.

In 2010, she sued Guido Amsel for money she felt she was still owed from their joint business. Guido Amsel denied he owed her the money and countersued. The case dragged on for years and Guido Amsel changed lawyers twice.

The acrimony appeared to end in a pre-trial conference on March 30 of this year. A memorandum from the meeting says Guido Amsel agreed that he owed his ex-wife the $40,000 plus interest, dropped his countersuit, and agreed to sell off vehicles and equipment to get the money.

“Mr. Amsel agrees that the equipment should be sold by auction. All of the equipment is still on his property,” the memorandum reads.

“Mr. Amsel will co-operate with allowing someone on the property to inspect the equipment and put it into shape for sale. The auction can take place on his property”.

The auction was advertised for July 11.

Proceeds were to be held in a trust account by Mitousis, who at last word remained in hospital in stable condition following last week’s bombing.

Friends and colleagues have raised more than $40,000 for her recovery through an online campaign, and a colleague said Mitousis was appreciative of the well-wishes she’s received.

“She wanted to let everyone know that she still shares a huge passion for the law,” said Sofia Mirza, president of the Manitoba Bar Association, after speaking to a relative of Mitousis.

“She will keep going and doing great work, as done before this tragedy occurred, with some changes perhaps.”