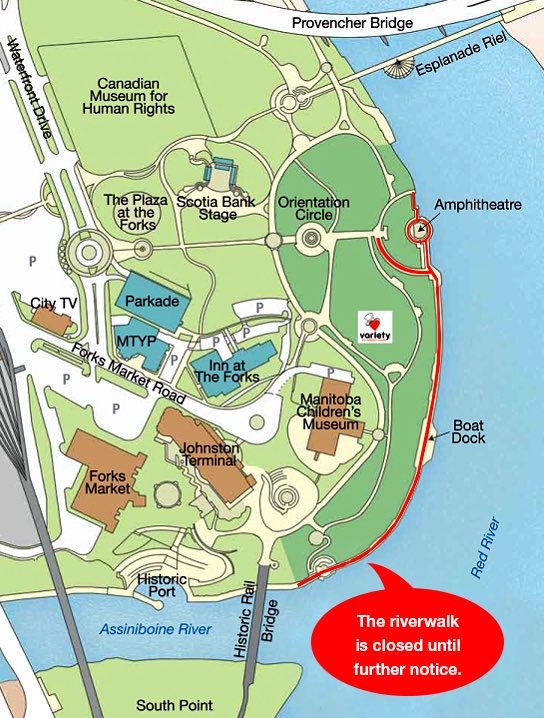 The areas in red will remain closed along the riverwalk while crews clean sediment and debris. (PARKS CANADA)

WINNIPEG — Sediment and debris being cleaned up from the Red River riverwalk at The Forks has closed the pathway to visitors.

Parks Canada says the debris washed up during high water periods in the spring.

Officials say there will be heavy equipment and truck traffic on the pathways on Parks Canada’s property, as the contractor doing the work will be moving equipment to the worksite and removing the sediment and debris.

The closure will remain in effect until further notice. Updates will be provided on the Parks Canada website.