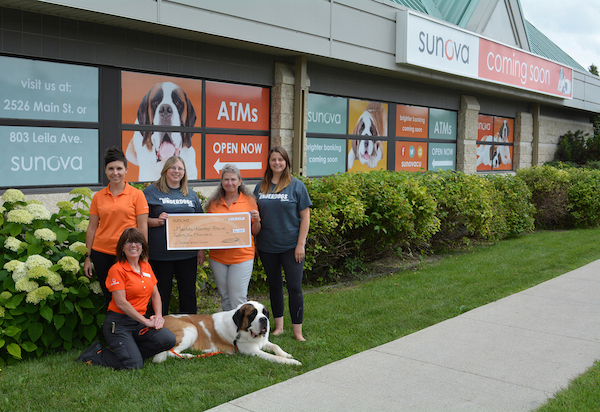 The largest donation in the history of Manitoba Underdogs Rescue has been made to the organization.

Sunova Credit Union cut a cheque for $26,000 after funds raised from its 10th annual Sunova Golf Classic. The donation will fund the “Sunova Canine Cruiser,” a rescue van to transport injured, sick, and stray animals to the rescue’s network of foster families.

“This is by far the single biggest donation to our organization,” says Manitoba Underdogs executive director Jessica Hansen. “It’s a game changer.”

Sunova Credit Union has 12 branches and more than 30,000 members throughout Winnipeg and rural Manitoba.