MS Lord Selkirk Being Removed from Slough After 25 Years 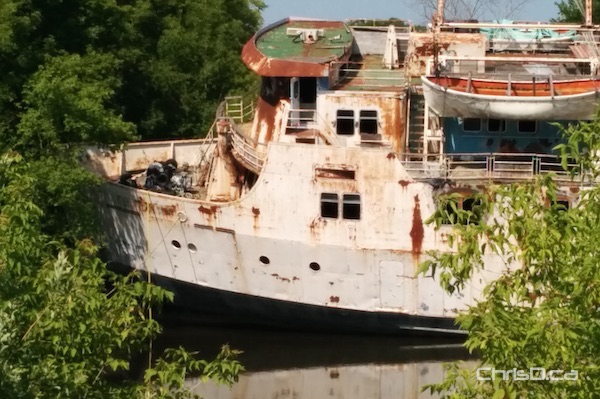 It has sat in the Selkirk slough since 1990 and now an eyesore for the community will be removed.

The MS Lord Selkirk II will be dismantled with the city and province both contributing funds to have the ship taken apart.

“While majestic in its day, the MS Lord Selkirk II is unsafe and unsightly,” said Mayor Larry Johannson. “Removing the ship will also remove the threat of environmental impact on the Selkirk slough and we look forward to returning the entranceway to Selkirk Park to its former natural beauty.”

The province says an inspection of the ship has determined asbestos is present, but does not pose a risk at this time.

“We’ll monitor the cleanup and our staff will be available at every step of the way,” said Conservation and Water Stewardship Minister Tom Nevakshonoff.

“From ongoing environmental testing to the offer of specialized equipment, we’ll do what we can to help Selkirk salvage this ship and remove the risk to the community and the waterway.”

The $400,000 cost to remove the ship will be shared between the city of Selkirk and the province.