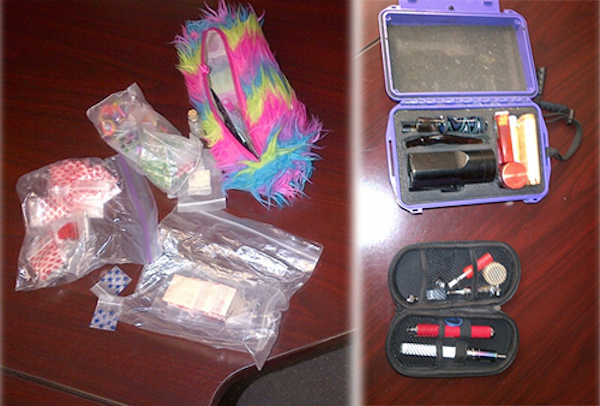 Drugs seized in the RM of Reynolds after a traffic stop on June 23, 2015. (RCMP HANDOUT)

A Saskatoon woman is facing drug charges after the vehicle she was in was pulled over for speeding east of Winnipeg.

RCMP pulled over the vehicle on June 23 on the Trans-Canada Highway in the RM of Reynolds, where they found 40 grams of MDNA and ecstasy. Officers also found a small quantity of marijuana and drug paraphernalia.

The 21-year-old male driver was issued a speeding ticket, while the 22-year-old passenger from Saskatoon was charged with numerous drug offences.

She will appear in Steinbach court on September 3.