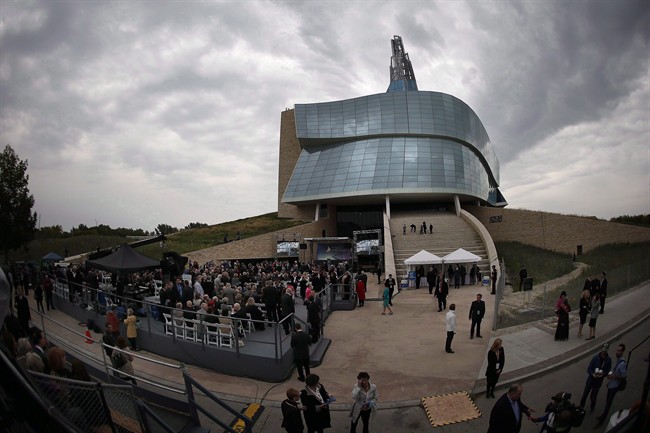 Guests gather at the grand opening of the Canadian Museum For Human Rights in Winnipeg on September 17, 2014. (THE CANADIAN PRESS/John Woods)

WINNIPEG — Two survivors of ethnic cleansing and genocide in the former Yugoslavia will speak to a group at the Canadian Museum for Human Rights on Saturday.

Fadil Kulasic of Toronto and Kerim Bajramovic of Boston will share their own personal experiences to mark the 20 years since the massacre at Srebrenica, where 8,100 Bosniak Muslim men and boys were killed.

The event, being organized in partnership with the Bosnia and Herzegovina Association of Manitoba, will take place between 2-4 p.m.

The discussion coincides with the museum’s exhibit on Srebrenica called “Breaking the Silence.”

← Previous: Grueling, Muddy and Fun: Spartan Race Has It All Next: CONTEST: Win Passes to Folklorama →
Tags: Canadian Museum for Human Rights | Winnipeg