Victoria, Montreal and Gatineau, Que., Top Cities for Women to Live In: Study

By Michelle Mark and Liam Casey, The Canadian Press 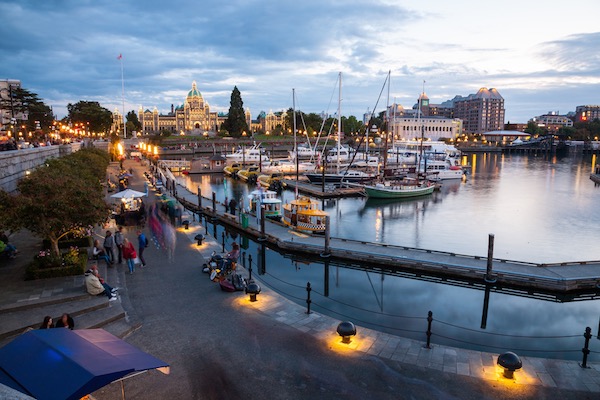 TORONTO – A new study says life is better for women who live in cities such as Victoria, Gatineau, Que., and Montreal compared to Edmonton, Calgary and Ontario’s Waterloo Region.

Victoria sits atop a list of 25 Canadian cities that are ranked in a study done by the Canadian Centre for Policy Alternatives and the research says a strong gap remains between the sexes among five areas examined: economic security, education, health, leadership and personal security.

The CCPA, which describes itself as a non-partisan research institute concerned with social, economic and environmental justice issues, titled the study “The Best and Worst Places to be a Woman in Canada 2015: The Gender Gap in Canada’s 25 Biggest Cities.”

“This was a way to draw attention to the gender gap,” said study author Kate McInturff, who based her research on Statistics Canada survey data.

“There are solutions out there. We could really improve women’s lives across the country.”

McInturff said cities in Quebec fare better on average than cities in other provinces — which she attributes to policies that help women, such as cheap and accessible daycare that allows more women to re-enter the workforce after childbirth, thereby leading to a higher employment rate for women.

She said cities where many jobs are in the public sector, such as Victoria and Gatineau, perform better because of the inherent transparency.

“Places with large public sector employers do well because they track these things, such as gaps in pay, gaps in rates of promotion,” McInturff said. Her research shows women in Gatineau earn “87 cents on the male dollar,” making it the smallest wage gap between the sexes in Canada.

That, she said, leads to pressure from employees who know, for example, what everyone earns.

Victoria Mayor Lisa Helps said she wasn’t surprised the report gave the city the highest ranking. Last year’s version of the report ranked Victoria as the fifth best. Helps said the leap to first place could be because of Victoria’s emphasis on diversity within the business community, an “open-hearted” police chief and even the election of the city’s second female mayor last November.

“Everyone should totally move to Victoria,” Helps said. “What’s really unique and striking about Victoria is in all sorts of ways it’s open to diversity, to innovation, to creativity. There’s something here that is nowhere else in Canada.”

At the bottom of the list are Edmonton, Calgary and southwestern Ontario’s Waterloo Region in last place.

Calgary councillor Druh Farrell said she found the results disappointing, but unsurprising. She said Alberta’s dependence on the male-dominated oil industry may explain why Calgary and Edmonton both ranked so poorly.

Farrell noted that until the most recent provincial election, Alberta was the only province without a minister responsible for the status of women.

“Calgary, in my experience, is moving in the wrong direction,” Farrell said. “We need to ask ourselves how we can do better.”

McInturff also looked at violence against women and her data shows there has been little change in domestic violence and sexual assaults over the past two decades.

“We need to work much harder on that,” McInturff said.

Ross said weighting the cities’ five categories equally before ranking the categories and averaging them did not do the study justice. But this year, with an updated scoring and ranking system, he said the report is more credible.

Ross took issue with the report’s title, however, arguing that a less “alarmist” and more accurate title would have been “Canada’s worst cities for gender inequality,” rather than describing it as the worst cities overall for women.

“The title suggests that there’s a quality of life factor that she’s looking at, when really it’s where women have it worse off than men,” Ross said.