Home » Columns » Van Landeghem an Early Standout at Pan Am Games, But Kanye?

Van Landeghem an Early Standout at Pan Am Games, But Kanye? 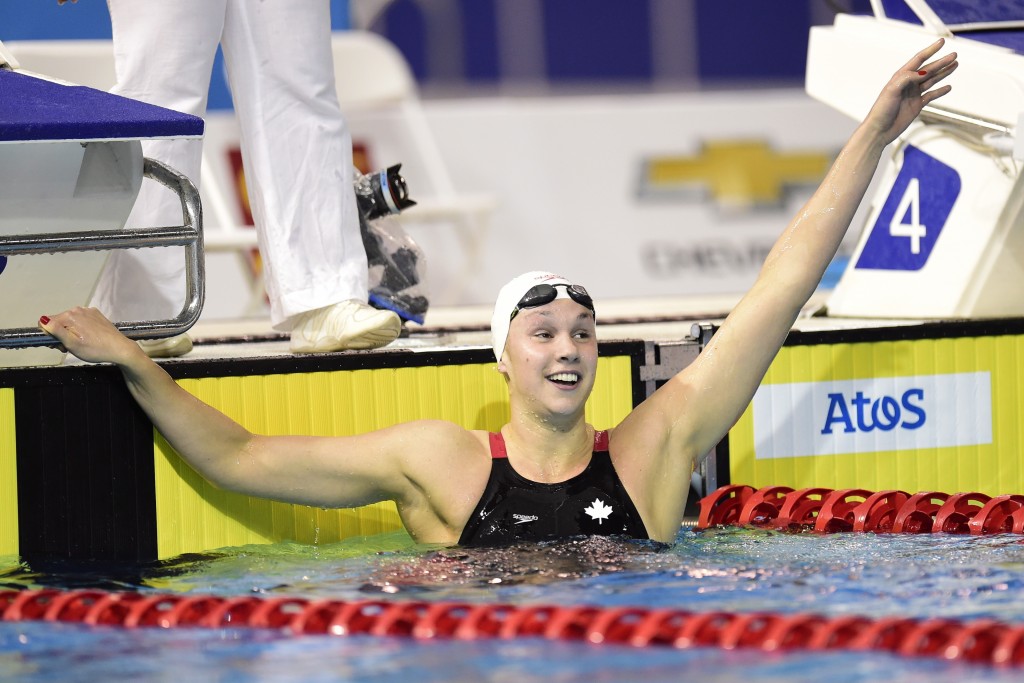 Chantal Van Landeghem reacts after winning the women’s 100m freestyle swimming event at the 2015 Pan Am Games in Toronto on Tuesday, July 14, 2015. (THE CANADIAN PRESS/Frank Gunn)

Sixteen years ago, I was working at CJOB in Winnipeg, and we were the host radio broadcaster for the 13th Pan American Games. I got to cover raquetball and team handball. The latter can best be described as “water polo without the water.”

Winnipeg hosted the same international event 32 years before that, in 1967. Both times, the winner in the medal standings were the United States. This was no surprise, and some Americans couldn’t resist rubbing it in, mentioning that if the U.S. had sent its very best, the results might have been really embarrassing.

What does that say about the 17th edition of Pan Am taking place in Ontario? The cost has certainly ballooned. Winnipeg spent $140 million in 1999, compared with two and a half billion this year in the centre of the universe. Did you know that all the athletes get to have their teeth fixed at the expense of the Canadian taxpayer? That also happened 16 years ago.

Home field advantage seems to be really working this time. Canada’s athletes won more gold medals in the first six days than we took home from Mexico four years ago, and we managed to beat the Americans in several events where they normally rule the roost.

One of the very best stories has to be 21-year-old Chantal Van Landeghem of Winnipeg. She won two gold medals with record breaking times in the pool in the same day. Her first go at competitive swimming was in the Winnipeg pool which remains the most lasting legacy of the 1967 games. Some might say it’s too bad that Chantal had to go the university in Georgia, but she still proudly wears the Maple Leaf on the podium, not the Stars and Stripes.

A few folks are muttering about the fact that Yankee superstar Kanye West will headline the closing ceremonies. Hey, it could have been worse.

Where is Justin what’s-his-name these days?