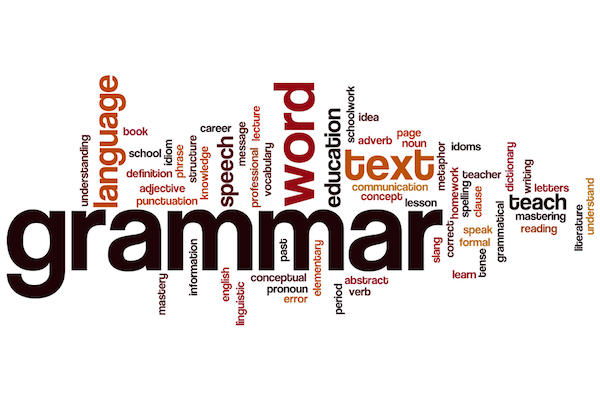 NEEPAWA, Man. — In 2003, British author Lynne Truss published a book on grammar. To the surprise of many, the non-fiction book, called “Eats, Shoots & Leaves,” became an international best seller.

The light hearted book bemoans the state of punctuation in the United States and the United Kingdom and aims to remind readers of its importance. In an era where texting has created a shorthand of “u”s and “k”s and spell check has created a false sense of security regarding the quality of our written word, it’s a timely reminder. I think things have gotten worse since 2003 and I too worry about the communication skills we are losing.

As the success of Truss’ book shows, despite the collective decline in our grammar skills, there is still interest and concern about retaining this knowledge. There is still recognition of its importance.

I confess, in everyday life, as long as I understand the meaning, I’m not a real stickler for spelling and grammar. I am however always entertained by how a misplaced comma can completely change the meaning or intent of a sentence.

For example, the joke that forms the basis of Truss’ title: A panda walks into a café. He orders a sandwich, eats it, then draws a gun and proceeds to fire it at the other patrons.

“Why?” asks the confused, surviving waiter amidst the carnage, as the panda makes towards the exit. The panda produces a badly punctuated wildlife manual and tosses it over his shoulder.

The waiter turns to the relevant entry in the manual and, sure enough, finds an explanation. “Panda. Large black-and-white bear-like mammal, native to China. Eats, shoots and leaves.”

Then there was the missed punctuation on the cover of the December 2010 Tails Magazine. The headline on the cover story proclaimed, “Rachael Ray finds inspiration in cooking her family and her dog.” Remind me not to go to her house for dinner.

We can all have a laugh about homicidal pandas and celebrity chefs, but at the end of the day, we have all made these mistakes at some time or another. Grammar isn’t made up of arbitrary rules, it doesn’t exist just to keep English teachers occupied and English students beaten down. Grammar exists to clarify meaning and to help us fully understand what the writer is trying to say. It isn’t just a subject we pass or fail in school, never to be used again, it’s a lifelong skill that allows us to navigate life.

When you think about it, how many disagreements start over a miscommunication? Could that disagreement have been avoided with a properly placed comma? Might a semi-colon really be the key to peace in the Middle East? Think about the lives that could have been saved by a colon.