World’s Largest Touring Show Coming to Winnipeg… Across from IKEA 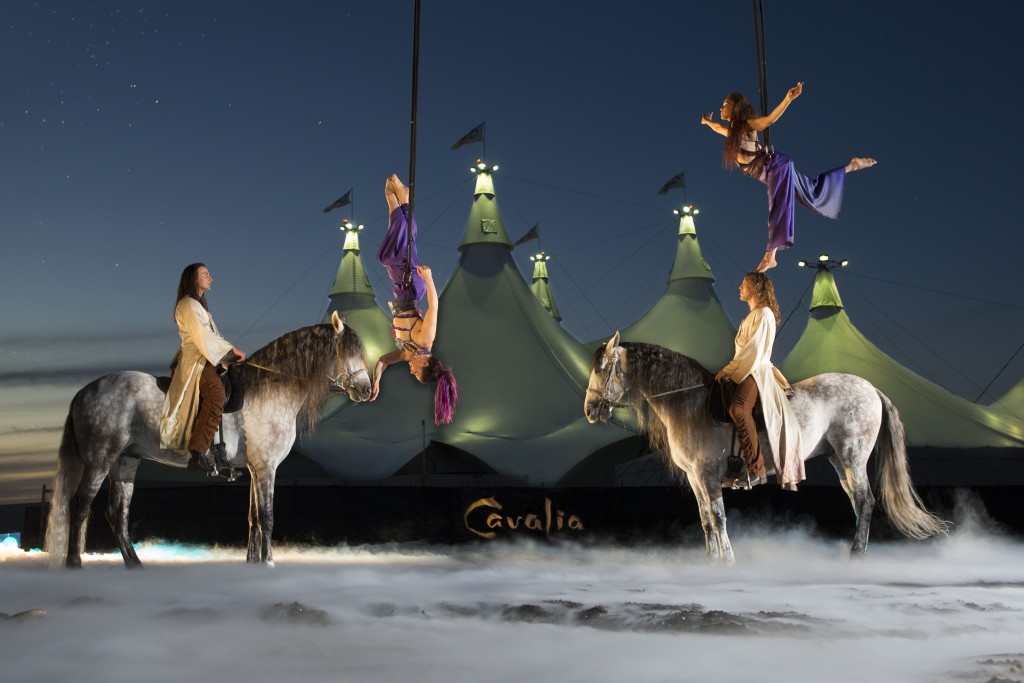 Cavalia Gregory Molina with Licentiat and Julien Beaugnon with Gaditano and on the Bungees are Gabrielle Martin and Jennifer LŽcuyer at West Beach. (Matt Turner/Handout)

The world’s largest touring show is coming to the city, and it’s so big, it won’t fit at any arena or stadium.

True North Sports and Entertainment, along with production company Cavalia, will present Odysseo, at the corner of Sterling Lyon Parkway and Kenaston Boulevard starting September 10, 2015.

“Odysseo is a theatrical production that makes hearts race and dazzles spectators. Manitoba audiences will be transported on an epic journey by this breathtaking production that features 65 magnificent horses and 45 talented riders, acrobats, dancers and musicians,” reads a statement from producers. “This spectacular celebration of horse and man, imagined by Normand Latourelle, one of the co-founders of Cirque du Soleil, is an absolute feast for the eyes that succeeds in delivering soulful and stunning performances.”

Tickets range from $49.50 to $129.50 plus fees and will go on sale Thursday at Ticketmaster. The show will run for at least two weeks and possibly longer.