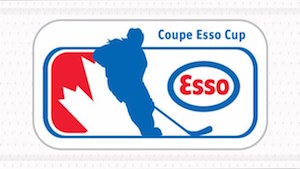 Morden will be the first city in Manitoba to host the Esso Cup in a little under two years from now.

The best female midget players will be competing for the national championship from April 16-22, 2017.

Hockey Canada, in partnership with Hockey Manitoba and the Manitoba Female Midget Hockey League (MFMHL), announced that the host Pembina Valley Hawks will be joined by five regional representatives to compete for the ninth annual national championship.

The tournament will be played out at the 1,200-seat Huron Window Corporation Arena.

“The 2017 Esso Cup will bring some of the best young female hockey players in the country to our province for what we plan to make a fantastic event for players, their families, and hockey fans,” said Clare Agnew, chair of the host committee.

More than $1 million in economic spinoff is expected to be pumped into the local economy.

Ticket information will be announced for the 2017 Esso Cup in the coming months.