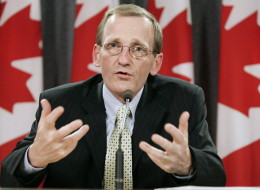 OTTAWA – The commissioner of elections has cleared the federal NDP of any wrongdoing related to mass mailings sent into four ridings in the midst of byelections in 2013.

Cote says one of the mailings, to voters in the Manitoba riding of Provencher, was sent outside the official byelection campaign period.

Two others, to voters in Toronto Centre and the Montreal riding of Bourassa, were sent out two days before the byelections were called and could not be stopped, despite what Cote says were “genuine efforts” by the NDP to recall them.

Other mass mailings to residents of Bourassa and the Manitoba riding of Brandon-Souris were sent within the official campaign period and Cote says they were properly reported as campaign expenses by the NDP.

Cote says his office did not pursue complaints from other parties that the NDP used free parliamentary mailing privileges to distribute the partisan missives – a matter that is not regulated by the Elections Act.