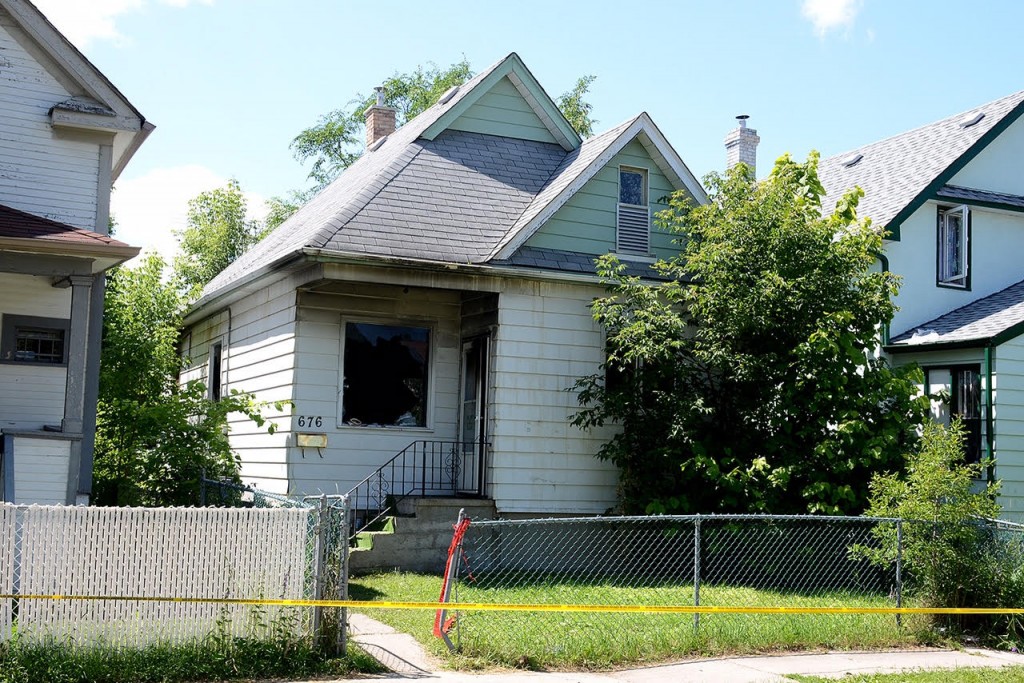 A man is dead after a fire at this house on Pritchard Avenue on Monday, July 20, 2015. (CHRISD.CA/STAN MILOSEVEC)

Winnipeg police have identified the victim in a house fire on Pritchard Avenue Monday.

Police say Justin Harvey Chezick, 42, was discovered dead in the house in the 600 block of Pritchard Avenue after the fire was extinguished.

The fire began at about 7:30 a.m. and police have described the circumstances surrounding Chezick’s death as suspicious, adding it was definitely a homicide.

They have not said if the fire was an arson or released a cause of death pending an autopsy.