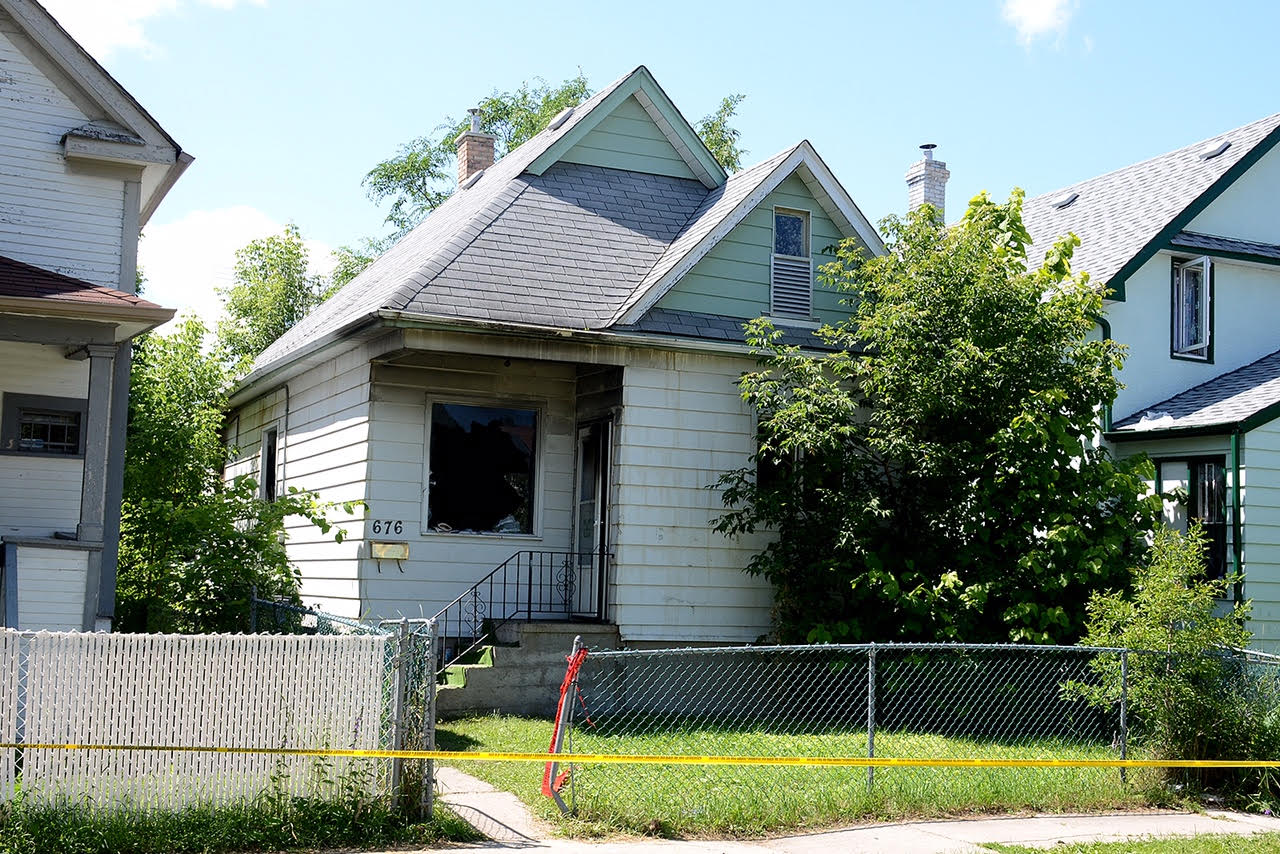 A man is dead after a fire at this house on Pritchard Avenue on Monday, July 20, 2015. (STAN MILOSEVIC / CHRISD.CA)

Winnipeg police have laid charges in a fire that killed a man on July 20.

Justin Harvey Chezick, 42, was found deceased in a residence in the 600 block of Pritchard Avenue after firefighters extinguished the blaze.

Police were able to identify a suspect, but could not locate him. An arrest warrant for Romeo Ryle was issued, and on Monday, he turned himself into police.

He has been charged with second-degree murder and arson to property.