CJOB Parts Ways with Jim Toth in Latest Round of Cuts 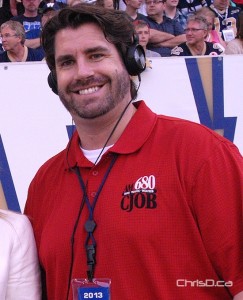 WINNIPEG — Corus Entertainment has made a dent in its payroll again with another round of layoffs, affecting mainly 680 CJOB.

Sources say sports host/producer Jim Toth has been let go, along with several others. A producer, some of the station’s creative team and a number of sales staff were cut. National evening show host Jeff Woods is also no longer with the station.

Corus confirmed veteran host Charles Adler will leave the station on his own accord on August 7. Nighthawk host Geoff Currier will fill that time slot.

CJOB was knocked to second place in the spring radio ratings, sitting under CBC Radio One, who overtook the station as the city’s top talk choice.

Corus reported an $8.1 million net loss in its third quarter.