Friday of a Long Weekend Worst for Crashes: MPI 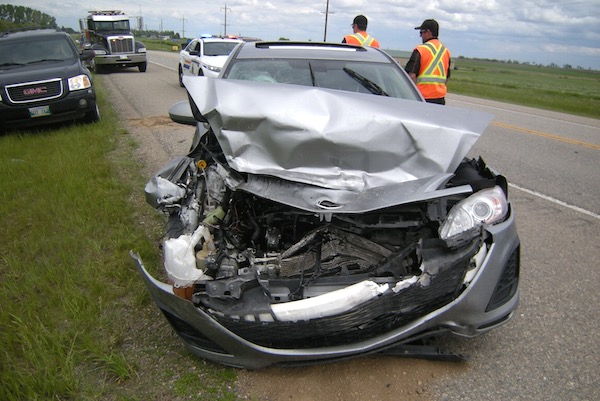 Friday of a long weekend is the most dangerous on the roads for vehicle collisions, according to Manitoba Public Insurance. (RCMP HANDOUT)

As Manitobans pack up for the lake or cottage country this long weekend, Manitoba Public Insurance wants drivers to keep road safety in mind.

Friday is typically the worst day on the roads for collisions during the August long weekend.

“On the Friday of the long weekend in particular, traffic volumes typically increase on roadways leading out of Winnipeg as people head to cottage country. Safety must be a priority,” said Ward Keith of MPI.

Nearly 40 percent of all holiday long weekend road deaths and injuries occur on the Friday, according to claims data collected by MPI. On average, one person is killed and close to 30 others are injured over a long weekend holiday.

Data collected from 2008-2013 show Sunday and Monday have the smallest proportion of victims per day.