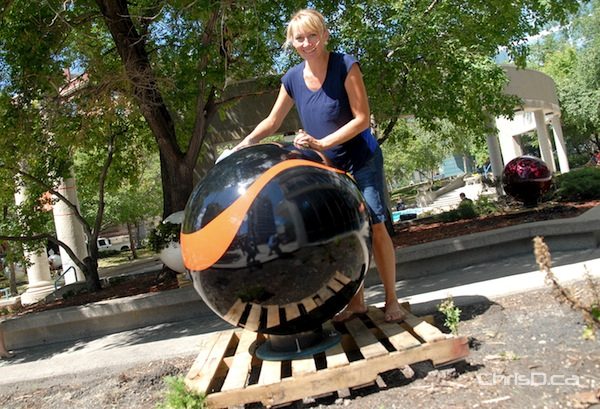 Artist Erica Swendrowski poses next to one of her giant glass marbles as part of a new downtown art exhibit titled, ‘Marbles on Portage,’ Friday, July 27, 2012. (STAN MILOSEVIC / CHRISD.CA) 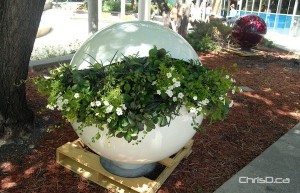 Marbles on Portage has been moved to the Mayfair Recreation Centre. (STAN MILOSEVIC / CHRISD.CA)

The colourful marbles that once graced Portage Avenue have been moved to the Mayfair Recreation Centre at the corner of Donald Street and River Avenue.

The temporary project proved so popular that the marbles — created by artist Erica Swendrowski — were moved to a permanent location for the public to enjoy.

“With this work, Erica wanted to evoke childhood memories of playing with marbles and create a whimsical experience for people going about their daily routines on one of Winnipeg’s busiest thoroughfares,” the Winnipeg Arts Council said in a release.

A few of the marbles are still downtown, located in Air Canada Park and the surrounding planters on Portage Avenue.