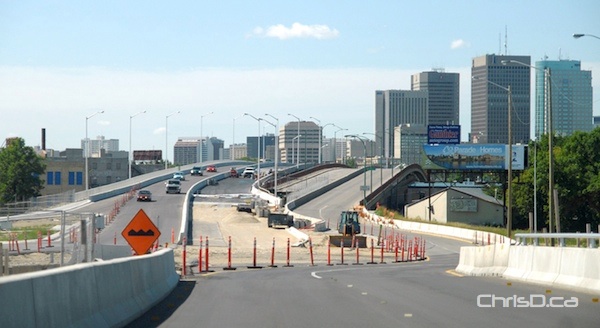 The Disraeli Active Transportation Bridge and the city’s Public Works East Yard Complex were singled out during a ceremony on Friday.

The Disraeli Bridge received the award in the transportation category for a construction project valued at more than $5 million.

The East Yard Complex was honoured by the CPWA in the environmental category.

The CPWA Public Works Project of the Year Award promotes excellence in the management and administration of public works projects.