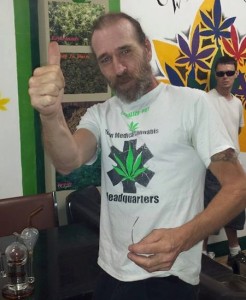 The owner of a so-called medical marijuana dispensary has been charged with drug possession and trafficking.

Glenn Price, 54, was arrested Tuesday at Your Medical Cannabis Headquarters on Main Street.

Winnipeg police say they conducted a lengthy investigation and executed two search warrants as a result.

Police found approximately two pounds of marijuana and drug paraphernalia at the business, and an additional two ounces of marijuana at Price’s residence.

He has been released from custody on a promise to appear.