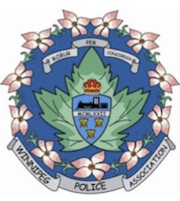 A telephone scam being pitched as being associated with the Winnipeg Police Association has prompted a public warning.

The WPA says unsuspecting members of the public are being solicited to support a Winnipeg police magazine.

The WPA says if you receive such a call, do not make a donation, as funds are being collected without the consent or knowledge of the organization.

The only publication the WPA is associated with is the Manitoba Police Association yearbook.