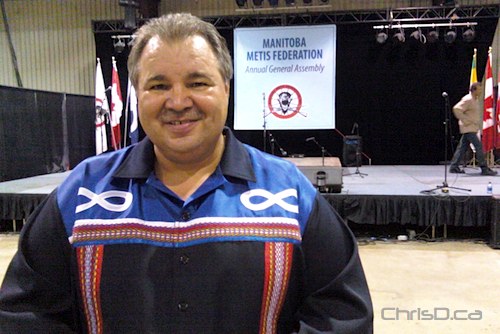 Members of Manitoba’s Métis community will be able to use their citizenship cards as legal identification in the upcoming federal election.

The Manitoba Métis Federation called on Elections Canada to recognize the card in the voter registration process and a changed to regulations was made.

“Realizing the difficulty for some of our members — especially our elders — in being able to provide the necessary documentation to register as a voter, I wrote Elections Canada to express the importance of our members being able to exercise their democratic right to vote,” said MMF president David Chartrand.

Chartrand said it’s important for each and every eligible Manitoba Métis citizen — particularly youth — to vote in this upcoming election.

“With over 52,000 Métis of voting age, the Manitoba Métis represents a large segment of the electorate in our province. I want to encourage every Métis citizen, and especially our Métis youth, to exercise their democratic right and make their voice heard in this election.”

Various federal party positions on Métis issues can be found on the MMF website.