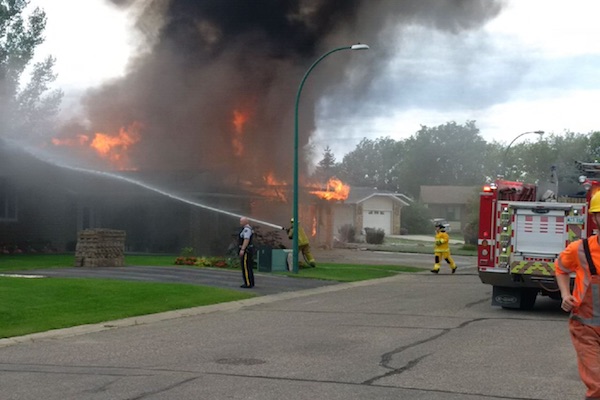 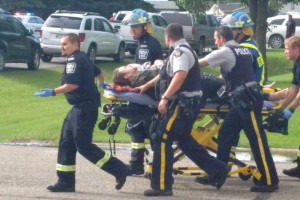 A man is wheeled away on a stretcher from a fire in Virden on Friday morning. (HEATHER REIMER / CJ RADIO)

Firefighters are on the scene of a massive fire in Virden, Manitoba that has reportedly destroyed two homes.

RCMP say a homeowner was pulled unconscious from the fire before he was taken to hospital with serious but non-life-threatening injuries.

A firefighter was also taken for treatment, but there was no immediate word on the extent of his injuries.

“Initial investigation revealed that a possible gas leak may have contributed to the explosion,” RCMP said in a statement.

The Office of the Fire Commissioner is investigating the cause of the fire.