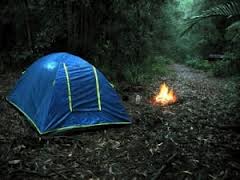 The province has made improvements to Spruce Woods Provincial Park after devastating flooding submerged the area in 2011.

Work on the park last summer, located west of Winnipeg, included cleanup and repair to the campground, construction of flood-resistant washroom/shower buildings, a new sewage lagoon outside the flood zone, restoration of all roads and access points in the campground along with improvements to the beach and day use areas.

Conservation and Water Stewardship Minister Tom Nevakshonoff says the second phase of repairs will tackle construction of a new park entrance outside the flood-prone zone, road system improvements within the park and construction of a new force main and lift stations to connect to the new sewage lagoon.

“Because of its unique landscape and physical beauty, including the iconic Spirit Sands Desert, we know Spruce Woods is a favourite destination in our province,” Nevakshonoff said.

Further improvements to the day-use area, continued work on flood mitigation and the construction of a new park entrance along with a centralized washroom/shower and laundry building in the flood protection zone are also planned.

Unprecedented flooding and ice jams on the Assiniboine River caused extensive damage to the Kiche Manitou campground and other areas of the park, leaving much of it inundated with high water for months.