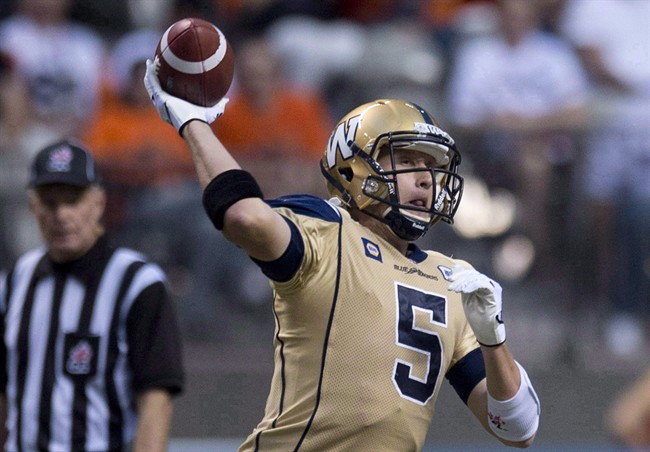 Winnipeg Blue Bombers quarterback Drew Willy throws the ball during the first half of CFL football action against the B.C. Lions in Vancouver, B.C., on Sept. 13, 2014. (THE CANADIAN PRESS/Jonathan Hayward)

The worst-case scenario for the Winnipeg Blue Bombers has come to light.

Quarterback Drew Willy will be out of action for at least six to eight weeks due to a tibial plateau fracture, as well as a partial PCL tear in his right knee.

Willy suffered the injury during Sunday’s game against the Hamilton Tiger-Cats, in which they lost 38-8.