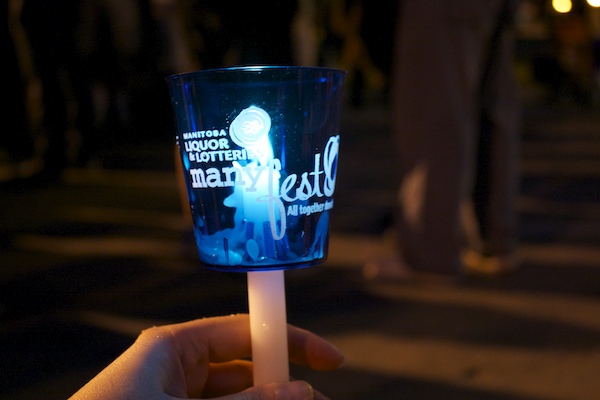 ManyFest returns to Broadway September 11-13, mixing a culmination of arts, entertainment, fitness and delicious cuisine in the heart of the city.

“It’s exciting to be celebrating our fifth ManyFest this year,” said Stefano Grande, executive director of the Downtown Winnipeg BIZ.

“As the fest continues to expand its programming every year, we see more and more people returning and many more checking out for the first time.”

An after hours pub crawl this year will include exclusive ManyFest entertainment and refreshments at the following establishments: Fools & Horses Coffee Co., Pony Corral, The Keg, Carbone Coal Fired Pizza, and The Merchant Kitchen. Show your after hours wrist band (issued at the beer and wine garden) or #finditdowntown key chain to enjoy the perks.

Other highlights include Manito Ahbee, Sport Manitoba and MEVA programming, SkyLounge, and Ciclovia.