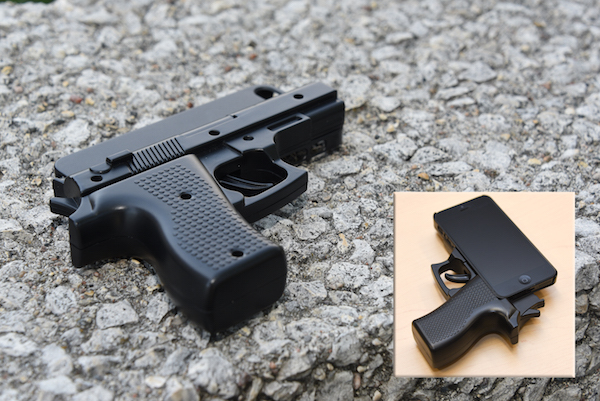 A handgun replica phone case like this one was spotted at Grand Beach over the weekend, prompting a heavy police response. (RCMP HANDOUT)

A scary incident for some beachgoers last weekend turned out to be a false alarm, but RCMP responded accordingly.

Officers were called to Grand Beach on Sunday just after 2 p.m. about a man seen with what appeared to be a handgun tucked into the waistband of his shorts.

Officers from the Selkirk detachment responded with tactical gear, including rifles and Tasers.

The 34-year-old Winnipeg man was questioned about the device, which turned out to be a handgun replica cell phone case.

“Unfortunately some people do not realize the risks associated with openly carrying or displaying these replicas in a public space,” Sgt. Bert Paquet said. “Anyone who owns this type or similar devices should safely dispose of them immediately.”

The man voluntarily turned the case over to police for disposal and will not be charged.

“While the individual knew this item to be a fake gun, our officers did not.”