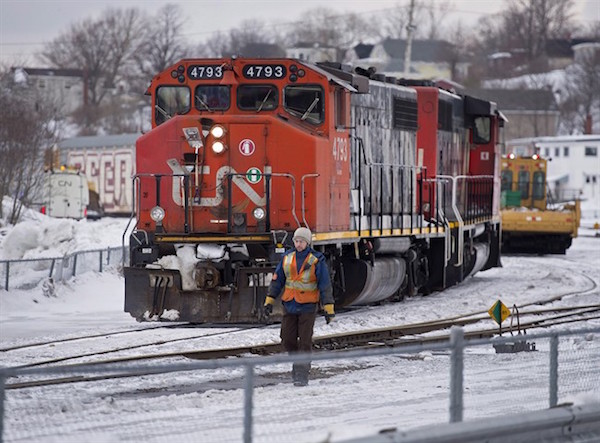 A CN locomotive moves in the railway yard in Dartmouth, N.S. on Monday, Feb. 23, 2015. (THE CANADIAN PRESS/Andrew Vaughan)

Winnipeg police were called to assist CN Rail colleagues early Thursday after a reported break and enter to a rail car.

The incident happened shortly after 1 a.m. in the area of Dugald Road and Ravenhurst Street.

Police used the Air 1 helicopter to locate the suspect and direct CN police officers to his location.

A 50-year-old Winnipeg man was arrested as a result.