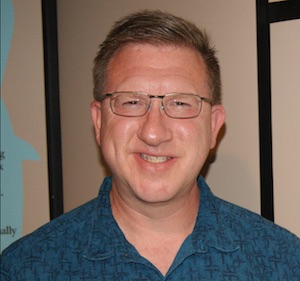 The Canadian Fossil Discovery Centre in Morden has hired Dr. Michael Newbrey as its new palaeoicthyologist.

Studying fossil fish, the new role was the result of a collaboration between the CFDC and Dr. Newbrey that will see him continue his work as part of the biology faculty at Columbus State University in Georgia, while collaboratively functioning as curator at the CFDC.

“Dr. Newbrey joins our palaeontologist, Victoria Markstrom, as part of our growing pool of experts in the area of marine palaeontology and he brings a wealth of knowledge and enthusiasm,” said executive director Peter Cantelon. “We are particularly grateful for his knowledge of sharks and bony fishes.”

Prior to joining the CFDC, Dr. Newbrey spent six years at the Royal Tyrrell Museum of Palaeontology.

He will be the keynote speaker at the CFDC’s biennial Manitoba Palaeontology Symposium in late September.