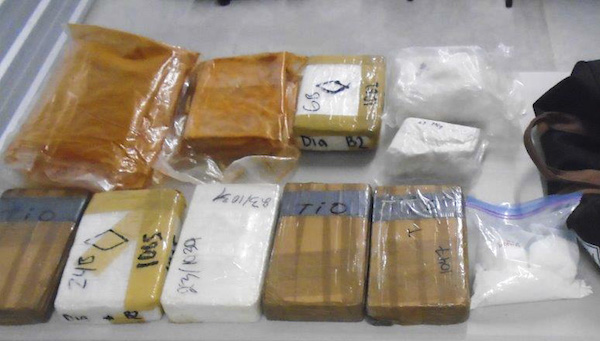 A five-month long investigation by Manitoba RCMP has resulted in the arrest of four people on suspicion of drug trafficking.

Project Diverge was carried out by members of the RCMP, Manitoba Integrated Organized Crime Task Force (MIOCTF), and Winnipeg police.

The investigation turned up the seizure of eight kilograms of cocaine, approximately $70,000 in cash, a large amount of a cocaine cutting agent and a prohibited magazine cartridge.

Four people were arrested and charged between July 29 and August 19.