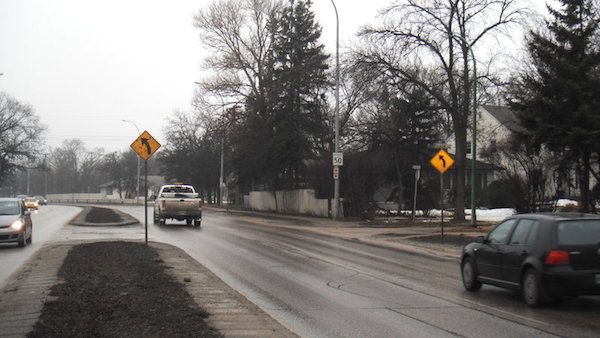 A photo radar activist group has launched a petition to get Winnipeg Mayor Brian Bowman’s attention on so-called “misengineering” within the Public Works department.

Wise Up Winnipeg has been pointing out deficiencies with the way the city handles speed limit signage around photo radar cameras for years.

“(Bowman) chose not to address the issue and since being elected as mayor he has refused to meet with Wise U pWinnipeg to review their very detailed report evidencing the deficiencies.”

A petition on Change.org has garnered some 1,600+ signatures to draw the attention of Mayor Bowman and Ron Kostyshyn, who at the time the petition was created, was the Minister of Agriculture, Food and Rural Development. Steve Ashton currently oversees that portfolio.

Dube and his group will address the media on the issue Wednesday in front of City Hall at 12:20 p.m.