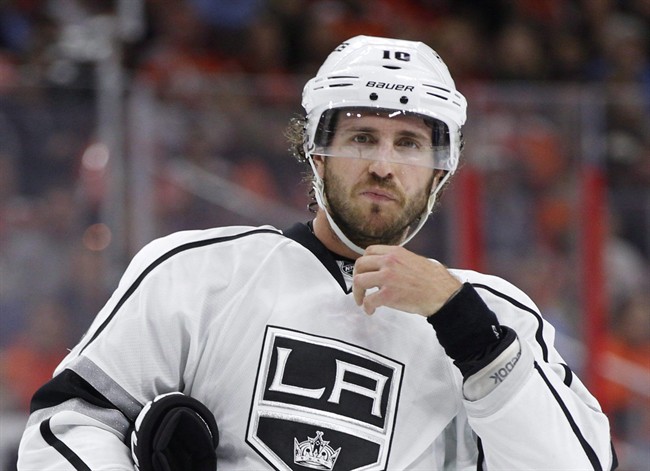 (Los Angeles Kings’ Mike Richards is shown during the first period of an NHL hockey game against the Philadelphia Flyers in Philadelphia on Oct. 28, 2014. Police in Manitoba have charged Richards with possession of a controlled substance. THE CANADIAN PRESS/AP-Chris Szagola, File)

RCMP have charged a high profile NHL player with drug possession after he tried to enter Canada a couple months ago.

Mike Richards, 30, was attempting to cross at the Emerson, Manitoba port of entry on June 17 when he was intercepted by Canada Border Services Agency officers.

The Kenora native was turned over to RCMP and arrested.

He has since been charged with possession of a controlled substance and will appear in Emerson court on September 10.

Reports say Richards was in possession of the prescription drug oxycodone.

Richards most recently played for the Los Angeles Kings and is the former captain of the Philadelphia Flyers. He’s currently an unrestricted free agent.