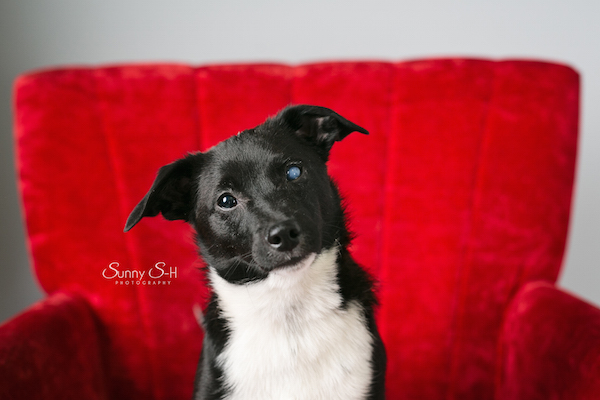 A dog who was blinded when its previous owner’s child rubbed hair dye in its eyes has found a permanent home.

Percy, the one-year-old pup, has been in the care of Manitoba Underdogs Rescue since February. He was diagnosed with corneal endothelial dystrophy, a condition that causes thickening of the cornea and fluid build-up within the eye. His left eye was removed on July 23.

“Now that his eye problems are finally behind him, we are absolutely thrilled to announce that Percy has found his forever home,” Manitoba Underdogs executive director Jessica Hansen said.

“With all of the media attention he’s gotten we had an overwhelming number of prospective adopters. Based on how happy Percy is we know that we’ve chosen the right family, and that he will get all of the love and attention that he deserves.

The Rescue says Percy has maintained a significant level of sight in his right eye and is adjusting well after surgery. His new companion is a one-eyed cat named Bill.

“From the bottom of our hearts we want to thank everyone that helped in his recovery,” Hansen added. “He’s a special guy and we’re thrilled to see him finally get his happy ending!”