Police Remind Drivers to Slow Down in School Zones 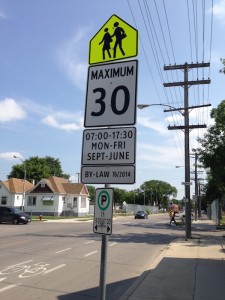 Motorists will have to ease up on the gas pedal in September around school zones as kids return to class.

Winnipeg police are reminding drivers of decreased speed limits around schools beginning September 1. While classes don’t begin until after the Labour Day long weekend, speeds in the area of 171 Winnipeg schools will be closely monitored.

Police say both traditional and photo radar enforcement will be used to ensure drivers are travelling 30 km/h.