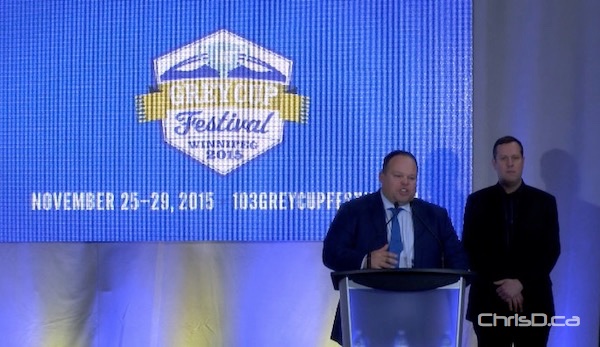 WINNIPEG — We’re almost at the halfway point of the CFL season, and something is missing. More and more, it is the fan in the stands who’s prepared to pay full price for a ticket, and endure all kinds of weather.

Half a dozen years ago, when I lived in Regina and the Roughriders were a sizzling hot flavour, I could sell my tickets online in less than an hour, sometimes at a profit even. That same year in Edmonton, there were 63,000 fans at Commonwealth for a key game between the Riders and the Eskimos. Those golden days appear to be long gone.

With the exception of Ottawa and Hamilton where the home teams are doing well and the ballparks are brand new, there’s hardly ever a sellout. Except for Matt Dunigan, the boys at TSN do a wonderful job, and football fans have finally realized that there’s no such thing as a ‘blackout’ any more. The TV contract is worth a lot more than it was years ago, so there’s less pressure to sell tickets.

In Winnipeg, the Blue Bombers appear destined to not be a competitor in their own Grey Cup on November 29 at Investors Group Field. There are still 11,000 tickets left to sell for the big game, and even if all of them are sold at an average price of more than $300, it will be the smallest crowd at a Grey Cup since Winnipeg hosted the game in 1998.

The Blue Bombers have quietly decided not to have 40,000 seats available with the addition of temporary bleachers. Capacity will be barely 36,000. Even at that, the Bombers and the CFL will both make a profit in the millions, thanks to the price of the tickets, and other revenue like sponsor dollars.

For those who are paying those prices, and travelling thousands of miles, let’s hope winter doesn’t come too early, and that it’s a good game.