Home » Columns » The Signs and Times of the Federal Election

The Signs and Times of the Federal Election 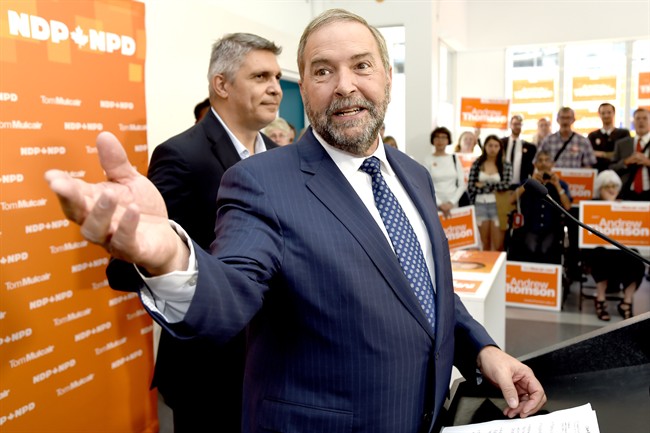 NDP Leader Tom Mulcair speaks to supporters along with candidate Andrew Thomson, left, during a campaign stop in Toronto on Thursday, August 27, 2015. (THE CANADIAN PRESS/Frank Gunn) 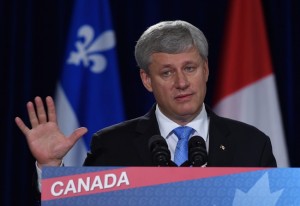 NEEPAWA, Man. — Day by day, more election signs are coming and on October 19, Canadians will head to the polls to elect their federal representatives. On this day, we will select the individual we want to bring forward our views and stand up for the issues that matter to us.

Ottawa may be far away, but federal politics matter to Manitobans. As a relatively small market, many Manitobans rely on buyers outside our province’s borders to buy and sell goods and services. For these farmers and manufacturers, trade deals and the value of the Canadian dollar are of vital importance. In our communities, federal dollars help fund infrastructure and other large capital projects.

Given the importance of federal politics, it’s disappointing to see so much disengagement on the part of voters. In 1867, the first Canadian election, voter turn out was 73.1 per cent. That election took place over two months and polling took weeks or months to be completed. Voter turn out stayed at about 70 per cent until 1900, when 77 per cent of Canadians went to the polls. In war years elections, 1917 and 1945, turn out jumped to 75 per cent. The highest elections for voter turn out were 1958, 1962 and 1963, when 79 per cent of Canadians cast a ballot. 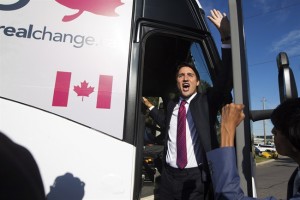 Things have changed. For the last four elections, we have been hovering around 60 per cent voter turn out. That’s a lot of people whose voices aren’t being heard. For some, the election is a foregone conclusion. They live in a riding dominated by a certain party which they support and they see no point in adding another vote to the winner’s list. But for many, I think the election process is overwhelming. Those trade deals and policy decisions can be hard for the average Canadian to understand when they are busy with their own lives. It’s hard to stay up to date on all of the platforms of all of the parties. It’s hard to wade through the claims and counter claims to find the truth. For many Canadians who feel they don’t have a grasp of the issues and where each party stands, sitting out seems like the safer choice.

The problem is that these individuals add up and their voice is lost from the Canadian political discourse.

This week, we start our first week of election coverage to help readers better understand the candidates, the parties and where they stand on issues that are important to us. Each week, we’ll ask the candidates about a different issue.

This week, we start at the beginning, with biographies and backgrounds.

I think the first thing that strikes me when I look at the map of our federal constituency of Dauphin-Swan River-Neepawa is the sheer size. It stretches from west of Portage la Prairie to the Saskatchewan border and from just north of Brandon to Lake Winnipegosis. It’s a relatively diverse area consisting of urban residents in Dauphin and the outskirts of Brandon. It comprises farmers with large operations on high quality farmland as well as those making do on marginal land. It includes about a dozen First Nations. It takes about six hours to drive the riding from corner to corner and within that expanse, there are a wide range of people with different priorities, different expectations and different cultures.

Because of this distance, candidates may be far from our communities at any one time but that doesn’t mean they don’t want to talk to you. This is your chance to ask questions about what matters to you. The good news is that it’s never been easier. Candidates will be visiting communities but they are also available by phone and email, many are also active on social media.

This is your chance to think about what’s important to you and your family and pick the candidate or party that best supports those values.