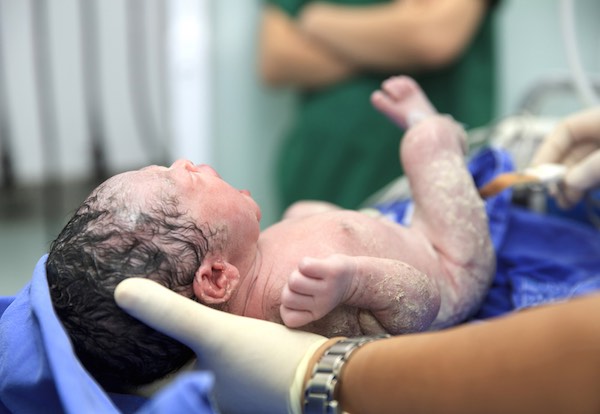 WINNIPEG – A mother was breast-feeding her newborn in a hospital bed Saturday when the baby’s grandmother says social workers came in and handed over an envelope.

Inside was a notice of apprehension. On Monday, the new baby became a ward of the state — one of hundreds seized by the Manitoba government every year.

The 65-year-old grandmother, who can’t be identified under the law, said the only apparent reason given was that the infant’s 20-year-old mother from Winnipeg had been in the care of Child and Family Services until she was 18.

The grandmother, a retiree with two university degrees that include one in social work, said both she and the child’s father — her son —offered to take temporary guardianship of the baby, but were refused.

She said it was just like when she was taken away from her grandparents from the traplines of northern Manitoba at age nine and placed in a residential school for seven years.

“It’s like ripping the wounds open over and over again,” the grandmother said. “When they were apprehending my grandson, that scab that was starting to heal was pulled right out again. The feelings were just as raw as back then.

“I died over and over again.”

The baby’s mother is devastated, the grandmother said. The mother had struggled with drugs after suffering abuse during her time in foster care but, with the help of her boyfriend’s family, she was turning her life around.

“She’s come a long way … preparing to be a very good mother,” the grandmother said. “Now, they’ve pulled her down to the level that she used to be when she was in care. Now we have to start all over again.”

Manitoba social workers seize an average of one newborn a day in the province. Numbers tabled in the legislature in May show that, between 2008 and 2014, Manitoba has consistently apprehended between 318 and 388 newborns a year.

Manitoba has the highest percentage of aboriginal kids in care. Of the approximately 10,000 children in the system, about 87 per cent are aboriginal.

First Nations children’s advocate Cora Morgan complained earlier this week that infants are being “shoved anywhere” without any assessment of their parents’ fitness.

While officials won’t talk about specific cases, Family Services Minister Kerri Irvin-Ross said Wednesday that children are seized as a last resort. The apprehension order is made based on a “clinical evaluation” which usually involves speaking to the parents.

“We know those first key days and months are so important for the bonding of a child and a mother. We don’t want to interrupt that,” Irvin-Ross said. “But in some cases, because of the need of protection and safety of the child, those actions have to be taken. They are not taken lightly.”

Manitoba’s child welfare has been under scrutiny for years.

It has been criticized for housing older children in care in downtown hotels — a practice it has since banned. It has also faced questions over allowing some teens to languish in jail because of a shortage of appropriate foster-care spots.

The most expensive inquiry in the province’s history was held after five-year-old Phoenix Sinclair died in 2005 following months of abuse by her mother and stepfather and despite family services involvement. The inquiry found Manitoba’s welfare system fundamentally failed to protect the girl or support her family.

Meetings are to be held to decide what will happen to the baby seized Monday, but the grandmother worries about the impact the experience has had already on her grandson.

She said the mother has been able to deliver breast milk and the baby’s family has visited him every day.

“I got to hold him but he’s not responding the same way he did when he was first born,” she said. “I can see there has been damage done to him already.”