Home » Columns » The Gossip Paradox of Back to School

The Gossip Paradox of Back to School 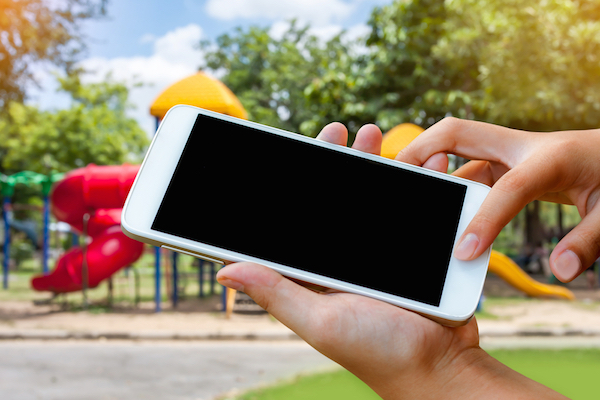 (Smartphone on the playground image via Shutterstock)

NEEPAWA, Man. — This week, kids across the region are heading back to school. Some will be stepping into their school’s hallways for the first time, some will be returning to familiar territory. Most will worry about having friends and fitting in.

These days, their curriculum will include more than reading, writing and math. In schools across the country, kids are now also taught about the impact of bullying. They are urged to stand up for the victims.

Today, ever-present smartphones mean that kids carry mean comments in their hands and social media and the permanence of the internet mean that bullies follow kids home, right into their bedrooms, like never before. The anonymity of the computer screen makes it easier for people who wouldn’t consider themselves bullies to say hurtful things, from the comfort and safety of their own home.

We may bemoan the cruelty of today’s kids, but as adults, we aren’t much better.

All it takes is one look at the magazines lining the checkout at any grocery store. “Who’s gained weight,” “Who’s too thin,” “Who wore it best,” “Who embarrassed themselves,” “Who’s cheating on who,” the headlines scream. And we want to know. Because gossip puts us on the inside, part of a select group who know a secret, regardless of how secret it actually is.

In our workplaces, our social groups and within our communities, it’s easy to get sucked in — into gossiping, into judging. It’s hard not to build yourself up by tearing others down, to feel better about yourself by making someone else look worse. As we navigate through society, it’s hard to avoid these pitfalls.

Growing up, my dad had a standard response when I tried to share gossip, “They always spoke highly of you.” As a teen, it drove me crazy; that wasn’t the reaction I was looking for. Whether it was true or not, it put the brakes on trivial gossip. It reminded me to think about the other person and how they might see me. How would I feel if they knew what I had said? It’s a reminder that the target of our gossip is a person and that our words are a reflection of ourselves.

I don’t see “They always spoke highly of you” as a version of “If you don’t have anything nice to say, don’t say anything at all.” I think of it as a reminder to think before you speak. But that sometimes, you have to speak.

Events of the past year have highlighted the need to speak up when we know or see bad things going on. Whether it was Bill Cosby or Jian Ghomeshi, there were a lot of people who kept silent or whispered warnings, which did little to constructively stop predators or protect victims. Instead of whispering our warnings, we need to tell them in such a way that change happens. Why are we so keen to gossip but not to speak out against those who are doing wrong?

In an era when we are encouraging our youth to step up, show kindness and defend those who are weaker, we need to be setting an example. We need to remember that our words have an impact. Hopefully, they will have a positive impact. Do you want to be someone about whom other speak highly?

← Previous: So Long TV, You've Been a Good Friend to Me Next: CONTEST: Win Tickets to Cavalia's Odysseo in Winnipeg →
Tags: Education | Manitoba