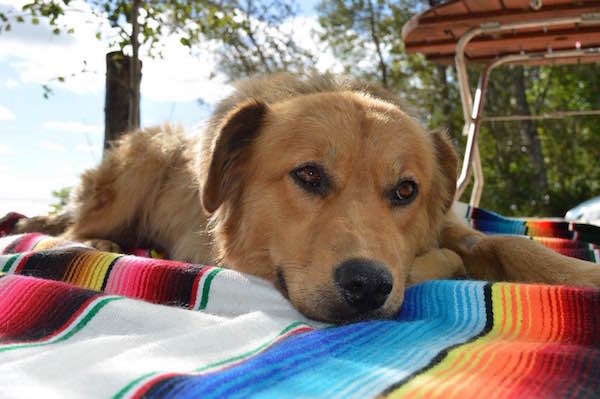 Bianca, a retriever mix found in northern Manitoba, suffered a miscarriage and faces amputation of her front leg after being hit by a car. (MANITOBA UNDERDOGS RESCUE / HANDOUT)

A severely neglected dog from northern Manitoba is in the care of rescuers after suffering a miscarriage.

The malnourished retriever mix named Bianca was turned over to Manitoba Underdogs Rescue last week, where veterinarians at Southglen Veterinary Hospital attempted an emergency C-section. Due to the abuse she suffered and her malnutrition, the six puppies were stillborn.

Bianca is also facing the amputation of one of her front legs after being hit by a car.

“Unfortunately all of us working at Manitoba Underdogs Rescue are used to tragic stories, but Bianca’s has been absolutely heartbreaking for us,” said executive director Jessica Hansen.

“This poor girl has suffered through awful abuse and cruelty. She’s confused. She doesn’t know where her babies have gone, or what’s happened to her. It’s absolutely heartbreaking.”

The rescue is seeking $2,000 in donations to cover the cost of her care. Donations are being accepted at Southglen Veterinary Hospital and on the Manitoba Underdogs website.

Two spay and neuter clinics in Sandy Bay are also being planned for September 16.

“We hope to fix as many dogs as we can to help stop the over population problem faced in this community, and save more puppies from the same fate as Bianca’s little family.”