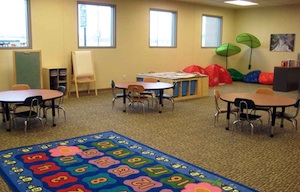 More child care spaces are becoming available in Winnipeg, according to new data from Peg.

The downside is lower-income communities still have fewer licenses spaces per 100 children compared to the city as a whole.

The data was compiled with statistics from Manitoba Family Services and the Manitoba Health Population Report. Peg is led by the International Institute of Sustainable Development (IISD) and United Way of Winnipeg.

The complete report can be found at MyPeg.ca.