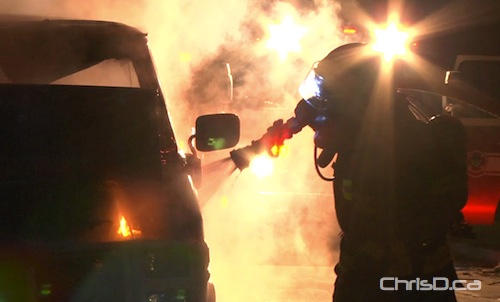 A Winnipeg firefighter puts out a vehicle blaze in this file photo. (CHRISD.CA)

WINNIPEG — Fallen firefighters, peace officers and workers will be honoured with a new memorial in a downtown Winnipeg park.

The southwest corner of Memorial Park has been chosen as the site for the new monument.

“This project honours the dedication and commitment of people across the province,” said Dave Sauer of the Workers Memorial Foundation. “We will continue to work together to get this monument built as soon as possible.”

Funds for the design will be raised by the foundations. Final cost and construction timelines are underway.