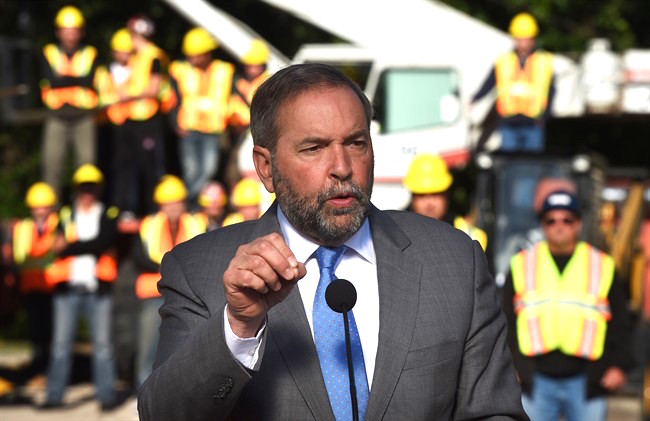 WINNIPEG — Our marathon election campaign is finally past the halfway point, and the momentum appears to be going away from Stephen Harper and the Conservatives. Always keep in mind that one week is an eternity when it comes to politics, but if those polls are to be believed, it is still a very close three-way race between Harper’s Tories, Tom Mulcair and the NDP, and Justin Trudeau and the Liberals.

The Conservatives appear to be in third place and dropping, but a lot can still happen between now and October 19.

Political junkies are reminded of 1972, a vote that also took place in October. Justin’s dad, Pierre Trudeau, campaigned under the slogan “The Land is Strong.” That should have been an omen. When the counting was done, Trudeau’s Liberals and Bob Stanfield’s Conservatives almost finished in a dead heat. Trudeau clung to power with the support of the much smaller NDP caucus led by David Lewis.

Less than two years later, the Liberals were back with a majority, marking the end of the political careers of Stanfield and Lewis.

Right now Stephen Harper is giving some indication that he knows this will be his swan song, but the big blue machine has lots of energy and money left. Who would have guessed two months ago that part of Harper’s trouble would be the perception that his government was not doing enough for refugees from places like Syria.

Another memory that comes to mind is the election of 1988. The Liberal campaign under John Turner was doing so badly that there was a serious effort to replace him as leader, just weeks before voting day. It didn’t succeed. Brian Mulroney and the Conservatives still managed to win a second straight majority, but Turner did well in the leaders debate, and was allowed to hang around for a couple more years. Eighteen months before that election, Ed Broadbent of the NDP was way out in front in the polls, but he finished in third place as usual.

Stay tuned, right until the end.