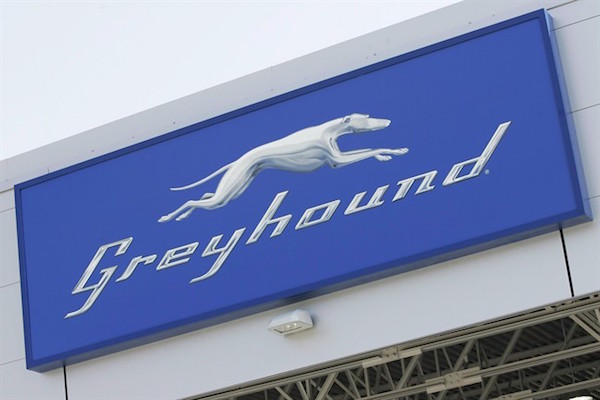 A Greyhound logo is shown at the Greyhound Terminal at the James Richardson International Airport in Winnipeg on September 3, 2009. (THE CANADIAN PRESS/John Woods)

WINNIPEG — Starting next week, the number of daily Greyhound bus runs between Winnipeg and Brandon will be cut in half.

The company says effective after Sept. 20, there will be 14 trips per week instead of 28.

There will only be one bus per day departing from Brandon for Winnipeg and arriving in Brandon from Winnipeg via the Trans-Canada Highway.

Lanesha Gipson, a Greyhound spokeswoman, says the cuts are due to the route’s historically low ridership during the fall and winter.

Gipson says anyone who has already purchased tickets for the routes will be given a refund.

She also says routes and customer volume will be reviewed next spring.

In 2009, Greyhound threatened to pull the plug on all of its services in Manitoba, but was dissuaded by the provincial government when it stepped in with $3 million in subsidies to keep the buses running.

Three years later, Greyhound eliminated service on 12 routes in Manitoba and reduced service on a number of others, including the Winnipeg-Brandon run. (Bdn Sun)